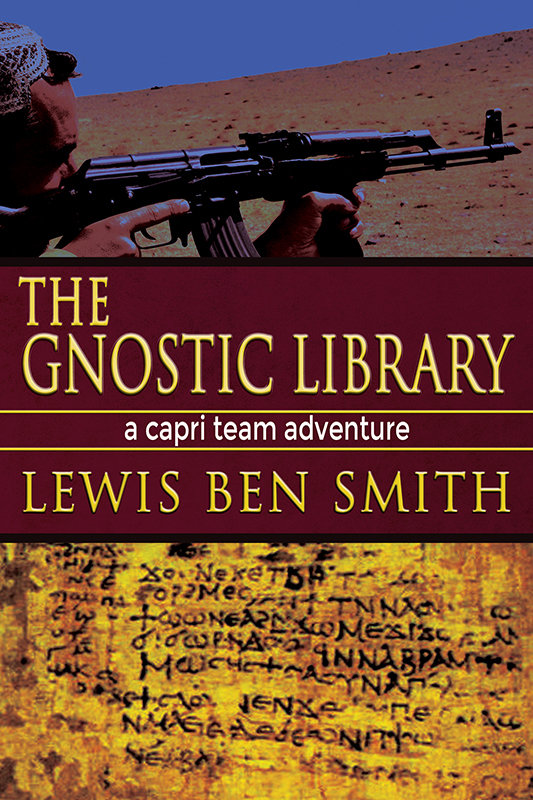 The deserts of Egypt conceal the
greatest treasure since the Dead Sea Scrolls...
...and the twisted hate of
a master terrorist!

Father Duncan MacDonald, Vatican archeologist, has been doing routine parish work in the States near the home of his friends Joshua and Isabella Parker, who are investigating a mysterious Spanish mission in north Texas. Suddenly Duncan is called away to help excavate an ancient library full of writings by the early Christian sect known as the Gnostics, discovered by a villager in Egypt’s Black Desert.

Working with British archeologist Dr. Katherine Feezel, Duncan begins retrieving and preserving the scrolls and codices from the stone structure, buried in the dunes for seventeen hundred years. Katherine, a lovely widow, stirs feelings that he had long suppressed in his service to God and the Church. Before he can resolve this inner conflict, the two scholars are kidnapped by a savage band of jihadists known as the Army of Allah and their sinister leader, Muhammad Al-Shavadi. Josh and Isabella and the rest of the Capri Team race across the globe to help rescue their friend and colleague, but time is running out – and Duncan must decide how far he will go to save the woman he has fallen in love with!

The Gnostic Library brings the adventures of the Capri Team
to a heart-pounding conclusion!