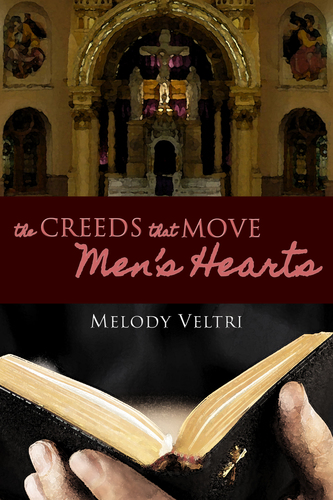 Carolina Costandini is a first generation Italian-American living in Sharpsburg, Pennsylvania—just outside of Pittsburgh—in the mid-1920s. As the only daughter in the family, she finds herself in a traditional role of cook and maid—a role she longs to escape. Her brothers attend school and work, but her own education ended at fifth grade.

The Italian neighborhood that she lives in is full of characters with complicated lives inevitably intersecting.

Sara is a middle age woman, a dear friend of the family, who is persecuted by an abusive husband, Luca Vassari.

Angelo Marchetti is the town barber and a widower with a mentally challenged daughter and an aging mother. A good and decent man, he finds himself forced to do battle with evil and risk imprisonment in a justice system that sees Italians as second-class citizens.

The Mano Nero (the local mafia) has a strong hold on the town, threatening its citizens, but it also finds itself at war with the emerging power of the Ku Klux Klan.

Nicoletta Pantuzzo is another neighbor to the Costandini family—a widow shunned by the women of the town because she is a prostitute.

Zia Izzy is Carolina’s aunt who has the Italian gift of being a “witch,” which she hopes to pass on to Carolina. It is a temptation that Carolina entertains at the disapproval of her mother, Lena.

As Carolina struggles to navigate the rough waters of discovering her identity, she is befriended by Sr. Norbert, who acts as a confidant and guide. But ultimately, it is up to Carolina to make a decision that will impact the rest of her life.