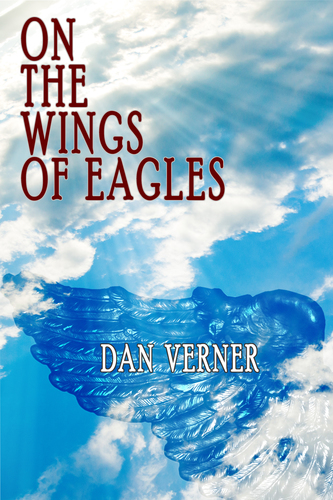 On the Wings of Eagles (Paperback)

On the Wings of Eagles continues the saga of Wisconsin farm boy Otto Kerchner as he, his sister Mata, and the community of Pioneer Lake make their way in the brave new world of post-World War II America. This sequel to On Wings of the Morning (which details Otto’s service as a B-17 pilot, a fiery crash landing, and his long recovery from physical and psychological wounds), recreates a simpler world in which family and community played a vital role.

Picking up in May of 1946, readers will witness a new chapter in Otto’s adventure as he starts up an airline, experiences a wedding, witnesses another fiery crash, commands a bomber squadron in the Korean War, runs an air circus, and tries to come to terms with someone from his past—all in the space of a few short years.

On the Wings of Eagles features the warmth and rich characterization readers of all ages enjoyed in the first book, and is sure to become a new favorite among the many fans of Otto, his friends, family, and their little town of Pioneer Lake. This second installment in the Beyond the Blue Horizon series will inspire and engage readers from Young Adult on up.