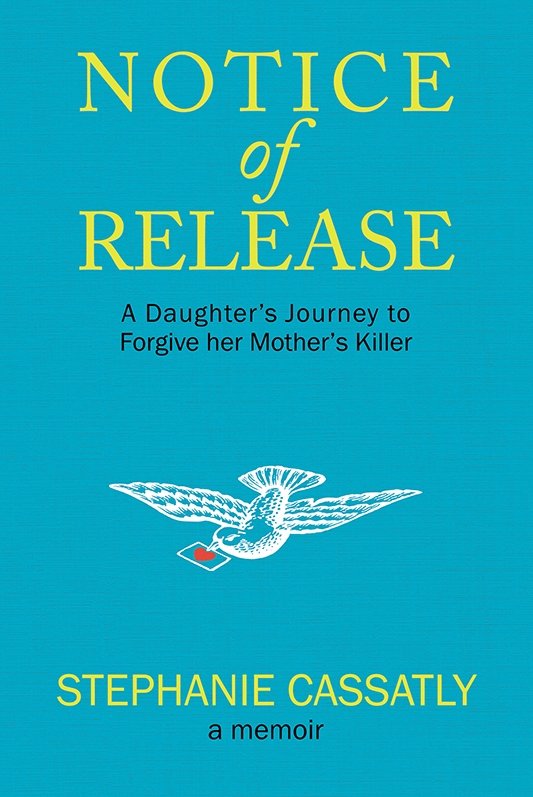 Notice of Release: A Daughter's Journey to Forgive her Mother's Killer (Paperback)

“Stephanie Cassatly’s redemptive memoir is a great gift to humanity.”

When Stephanie Cassatly was eighteen years old, her mother was shot and killed in a convenience store robbery in New Orleans, changing every preconceived notion she had about the world and what it meant to feel safe. Twenty years later, she found her mother’s killer and forgave him, just before he died in the notorious Angola State Penitentiary. It was then that she realized she had been as much of a prisoner as he had been.

With searing honesty that will make readers’ hearts both ache and sing, Notice of Release chronicles her traumatic and at times dangerous childhood as an expatriate in South America, her shift from grieving college student to high-powered ad-executive, and how she reconciled her deep connection to her own children with her fear of being taken prematurely from them. In this memoir, she proves that shedding the weight of the past can unlock a brave and beautiful future, and comes to see that finding and forgiving her mother’s killer is ultimately a journey to find herself.