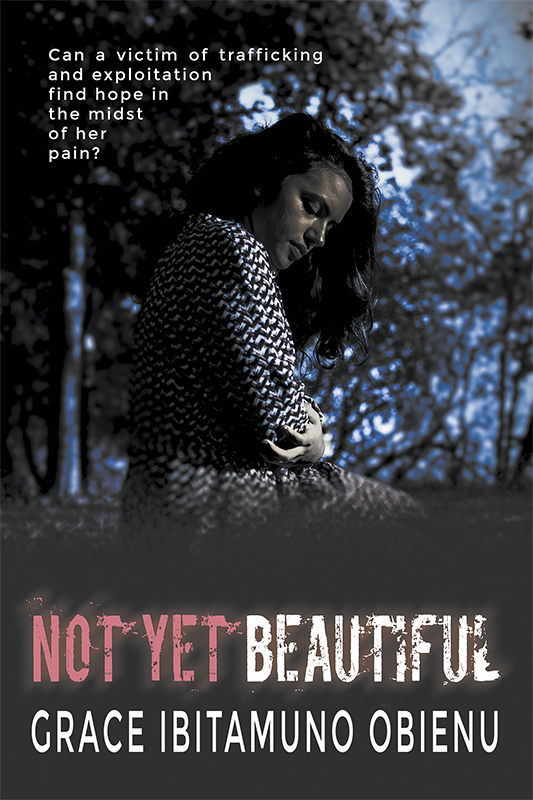 Not Yet Beautiful (eBook)*

Burdened by the shame of her past and by the pain in her body, hope for a better tomorrow is a heavy chain to wear for Lola, a nineteen-year-old survivor of years of trafficking and exploitation.

Jaisen, a police officer, is drawn to Lola, both for the fire in her eyes and the hesitation in her step.

For Deja, Jaisen’s cousin, marriage to her fiancé is the greatest prize—a prize for which she would forsake all else.

As the story unfolds, vivid flashbacks of lurid moments past, lurking former owners, long buried secrets, and the search for a murderer threaten each of their quests, testing their mettle and their faith.

Could hope possibly flourish in the face of such painful obstacles? Is love truly a worthy pursuit, or a consolation prize for unwitting fools?

Not Yet Beautiful, a debut novel set in the Northeast corridor, is grippingly raw in its portrayal of love, loss, and restoration.