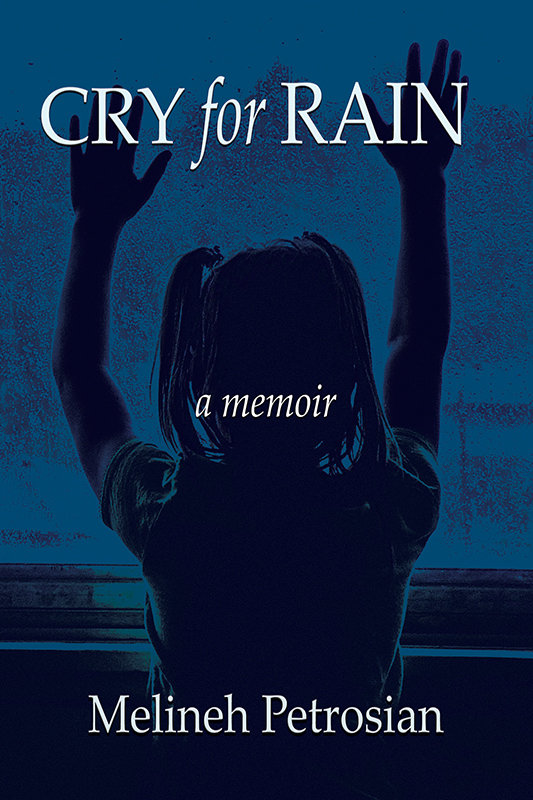 Cry for Rain: A Memoir (eBook)*

Ariana’s bitter childhood battles with the outside world and her narcissistic mother threaten to consume her soul.

As a Christian minority growing up in Tehran, Iran, Ariana faces harsh physical and emotional abuse from her mother and witnesses the same pain inflicted on her siblings. Her daily awakenings leave her unguarded against her mother’s wrath. Despite this, Ariana’s only true safe haven comes fleetingly in the presence of her loving papa, Jacob. However, he is often away for weeks on end as a truck driver, leaving her constantly yearning for his return.

“You know your mother loves you very much. If she punishes you, it’s not because she’s mean. It’s not her fault. She is a nervous woman who cannot control her anger.”

As she grows up, her search for hope is what she holds onto as she struggles to not only survive her mother’s tirades but the loss of friends and family in terror attacks and political involvement during the revolution, the drastic regime change to an Islamic government, and a city embattled with Iraq.

(*) Denotes a title that may contain language or situations that may be inappropriate for readers under the age of 18.